A Talk by Dr. Flora Ferati – Sachsenmaier titled "Kosovo & Serbia’s Unfinished Peace: The Role of the EU and Other Agents" - October 7, 2019 - 5 PM

Kosovo & Serbia’s Unfinished Peace: The Role of the EU and Other Agents

This talk will discuss the unfinished peace between Kosovo and Serbia. By analyzing more closely their relationship, during the period from 1999 to 2019, the talk will cover issues such as war crimes, interethnic reconciliation efforts, and the perspective for the EU accession. In addition to analyzing the EU as an agent in this specific crisis, the talk will pay due attention to other -- old and new -- global powers in the Western Balkans, including Russia, China, Turkey and the Gulf States. As a matter of fact, the EU is no longer the most influential player in the region, and lasting peace between Kosovo and Serbia is becoming more and more unlikely.

Flora Ferati-Sachsenmaier was born into an Albanian family. Her father is an Albanian who comes from Medvegje (Presevo valley today) and her mother’s family is from Kosova. During the Kosovo War, she was forced to flee with her family. They ended up in Sarajevo. Flora lived in a room with 50 people, for three months, in a facility that was previously used as a Kindergarden. After the liberation of Kosovo, she returned with her family home, and shortly after was awarded a prestigious scholarship to pursue her undergraduate studies in the US. 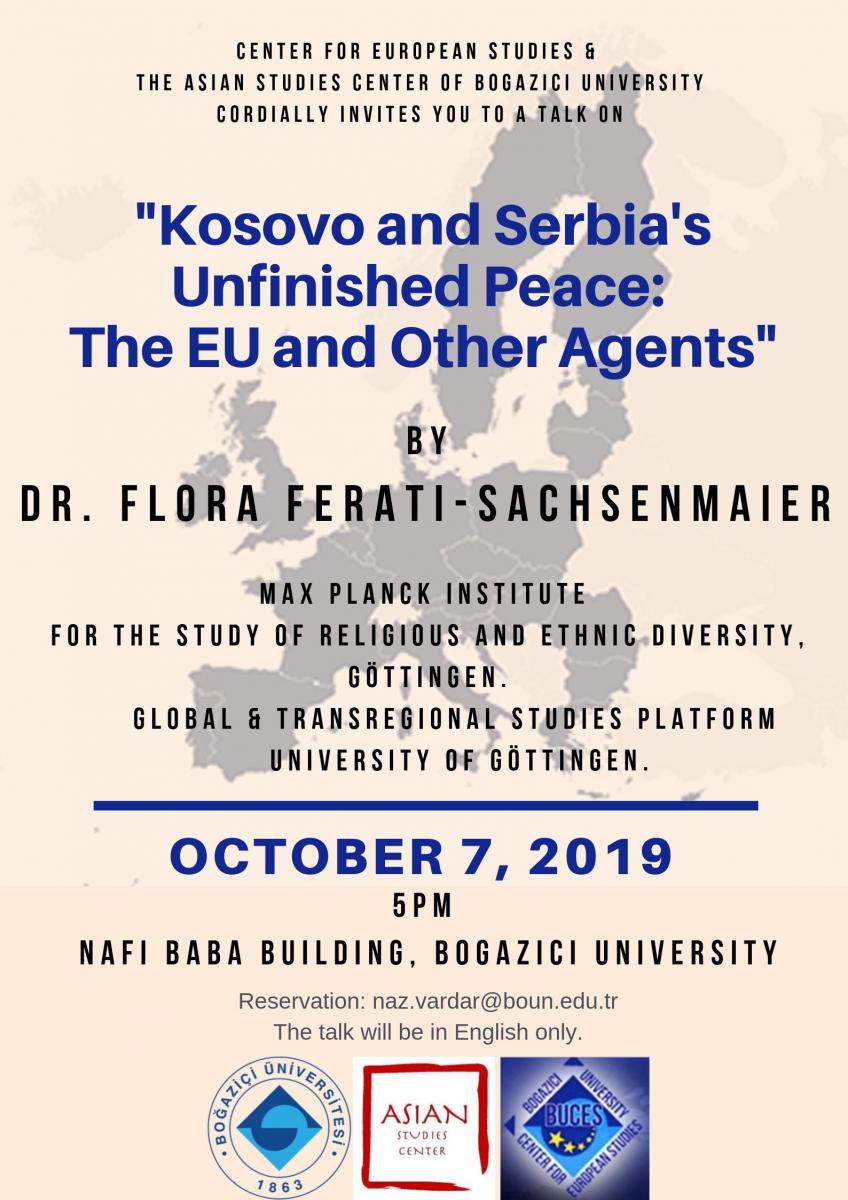 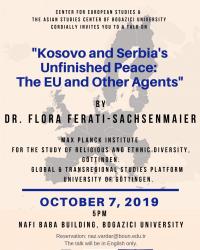